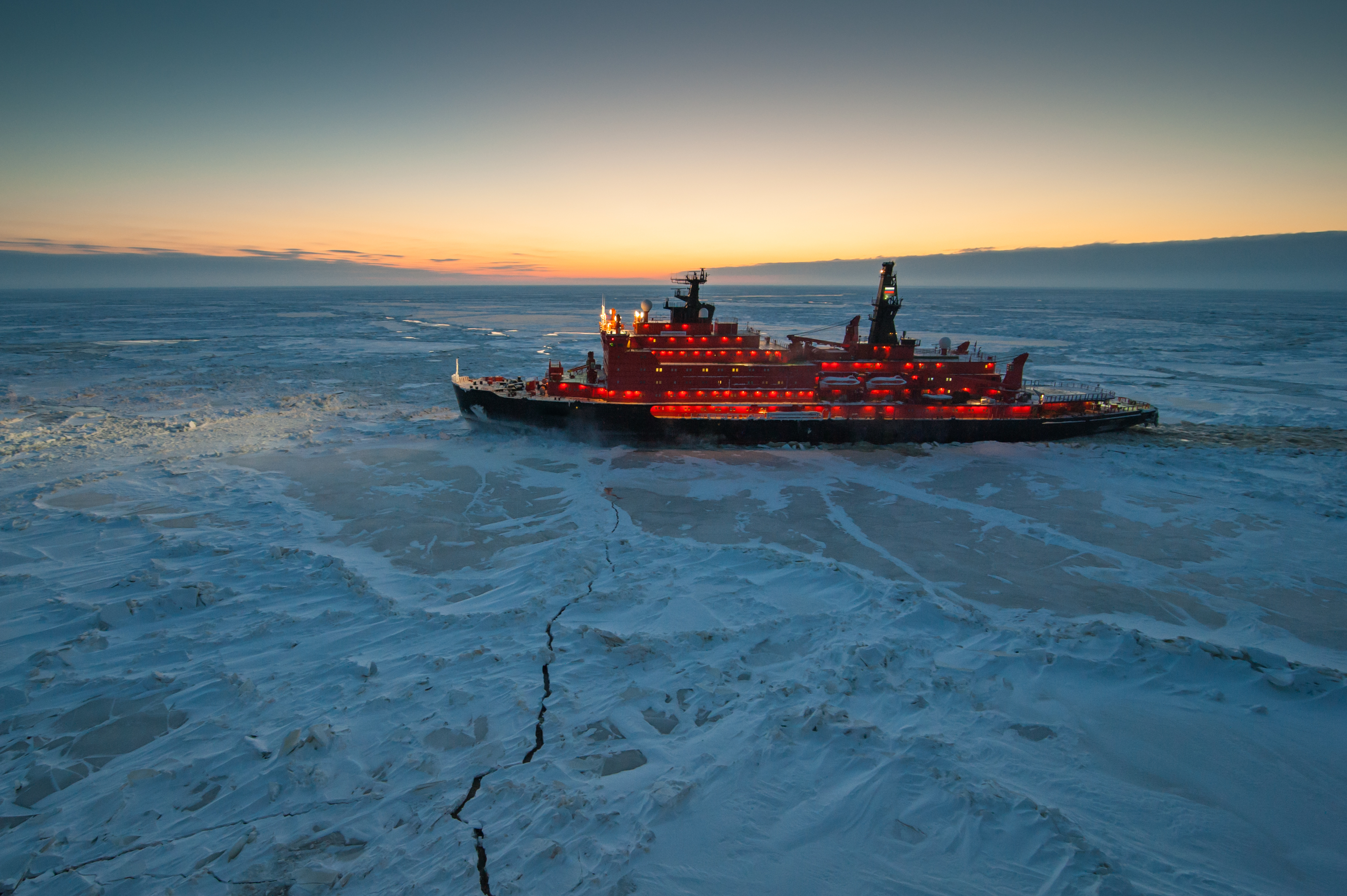 Over the past few decades the Arctic has warmed at twice the rate of the rest of the world. This has caused summer ice cover to decline by 12.8% per decade allowing more vessels to traverse the Arctic shipping routes. Between 2013 and 2019, the number of ships entering the Arctic Polar Code area grew by 25% with the total distance sailed up by 75%.

There are currently two shipping routes through the Artic waters; the Northeast Passage which includes the Northern Sea Route and the Northwest Passage.

University of Oulu. Her research focuses on the socio-economic changes that happen in the Arctic

Malte Humpert is a Senior Fellow and Founder of The Arctic Institute, a non-partisan think tank based in Washington DC. In addition to providing strategic direction for the organization, his research focuses on Arctic geopolitics, Northern Sea Route shipping and shipping scenarios, and China’s and Russia’s political and economic interests in the region. Malte also…

Pascal Vossen (b. 1983, Netherlands) is a documentary photographer who’s work explores the relationships between people and their immediate environment. The impacts they both have on each other, whether this is through troubling socio-economical circumstances or those driven by a passion and desire to live a certain life. He received his MA degree in photojournalism and…

Gloria Dickie is a Canadian freelance journalist specializing in climate change and Asia’s interest in the Arctic. She has reported from northern mainland Norway, Svalbard, Iceland, Alaska, and the Canadian Arctic, as well as from China, Vietnam, Mexico, Ecuador, Peru, Nepal, India, and France. Her latest Arctic reporting looks at the feasibility of a railway…

The Northeast Passage is a shipping route that crosses the Arctic along the northern coast of the Eurasian landmass. The route traverses the Barents Sea, Kara Sea, Laptev Sea, East Siberian Sea and Chukchi Sea. The North Sea Route is a shipping route defined by Russian legislation and is the same as the NEP only it excludes the Bering Sea, and therefore does not reach the Atlantic.

A traversable NEP offers a much shorter journey for ships travelling between the north Pacific and Europe compared to the usual routes via the Suez canal. There is still too much winter sea ice to make this passage commercially viable all year round. The majority of vessels transiting the Northern Sea Route are oil & gas tankers who can handle the significant levels of ice pack. Russia’s Yamal Peninsula, with some of the world’s largest natural gas reserves, is a focal point for shipping with ten ice-breaking tankers transporting gas to Europe and Asia.

However, things are changing; in 2009, two German vessels became the first commercial ships to transit the NEP. In 2018, the Danish company Maersk sent the first ever container ship along the Northern Sea Route, shaving ten days off their usual journey. In 2018 the Norwegian ship, Eduard Toll, transporting oil and gas travelled from Korea via the Yamal Peninsula to France became the first ship to cross the Northeast Passage during winter without the use of an icebreaker.

In 2020, an Arctic heat wave caused unprecedented temperatures along the Siberian coast. The NEP was ice-free by mid-July for the first time in recorded history.

Russia, with thousands of miles of coastline along the North Sea Route, has invested heavily in the region in recent years. With the diminishing ice in the Arctic, Russia not only stands to gain from controlling the shipping routes along its coast but also through the vast quantities of undiscovered oil and gas reserves along the continental shelf.

Melting ice and the development of modern ports along the Russian coastline have spurred an increase in Sino-Russian cooperation as China looks to develop a new ‘polar’ trade route as part of their Belt and Road Initiative. In 2012, the state controlled China Ocean Shipping Company (COSCO) sailed the first ever Chinese vessel, the icebreaker ‘Xue Long’ (Snow Dragon) along the Northern Sea Route. In recent years, COSCO have dramatically increased their activities in the region.

The Northwest Passage is the sea route between the Atlantic and the Pacific that runs through the Arctic Ocean along the northern coast of North America via the Canadian Archipelago.

During the 19th and 20th centuries the route became a favourite amongst explorers looking to prove themselves in the harsh and unforgiving climates of the Canadian Arctic. The arcipelago and persistent summer ice made it largely impenetrable and many early sailors lost their lives trying to traverse the route.

Over the past decade global warming has caused the ice to retreat and shipping firms are beginning to discuss whether the Northwest Passage can become a viable shipping route. In 2014, the MV Nunavik, became the first cargo ship to cross the Northwest Passage unassisted, cutting its usual journey via the Panama canal by 40% and reducing its greenhouse gas emissions by 1,300 metric tonnes. The ship was transporting nickel from Quebec in Canada to China.

The Northwest Passage remains significantly more difficult to transverse than the Northeast Passage, due to the islands along the Canadian coast which retain more ice than the Russian route, as well as a lack of deep water ports.

The Northwest Passage is also the subject of a sovereignty dispute between Canada and the US as well as other maritime nations. Canada classifies parts of the Northwest Passage that lie in the Canadian archipelago as internal waters while others contest that the Passage is part of an international strait, where foreign vessels have the right of ‘transit passage’.

The Transpolar Sea Route is a future shipping route that would, if current climate change projections are correct, open up around the mid-century. The Route would cut across the centre of the Arctic Ocean, straight across the North Pole.

The TSR  would be the shortest of all the Arctic shipping routes and would largely avoid territorial waters. Today, the route can only be traversed by heavy icebreakers.

In China’s Arctic policy released in January 2018, the TSR is referred to as the ‘Central Passage’ and is included in the nation’s plan to develop a Polar Silk Road.

Heavy oil used by many ships in the Arctic is considered incredibly environmentally hazardous as it emits black carbon that collects on snow and ice – which reduces their reflective properties and melts the ice faster.

Heavy oil also poses a spill-risk, as the consistency of the fuel makes it very hard to clear up. The clean transportation council has attributed around two-thirds of black carbon found in the Arctic to the use of heavy oil.

The clean transportation council has attributed around two-thirds of black carbon found in the Arctic to the use of the highly polluting fuel.