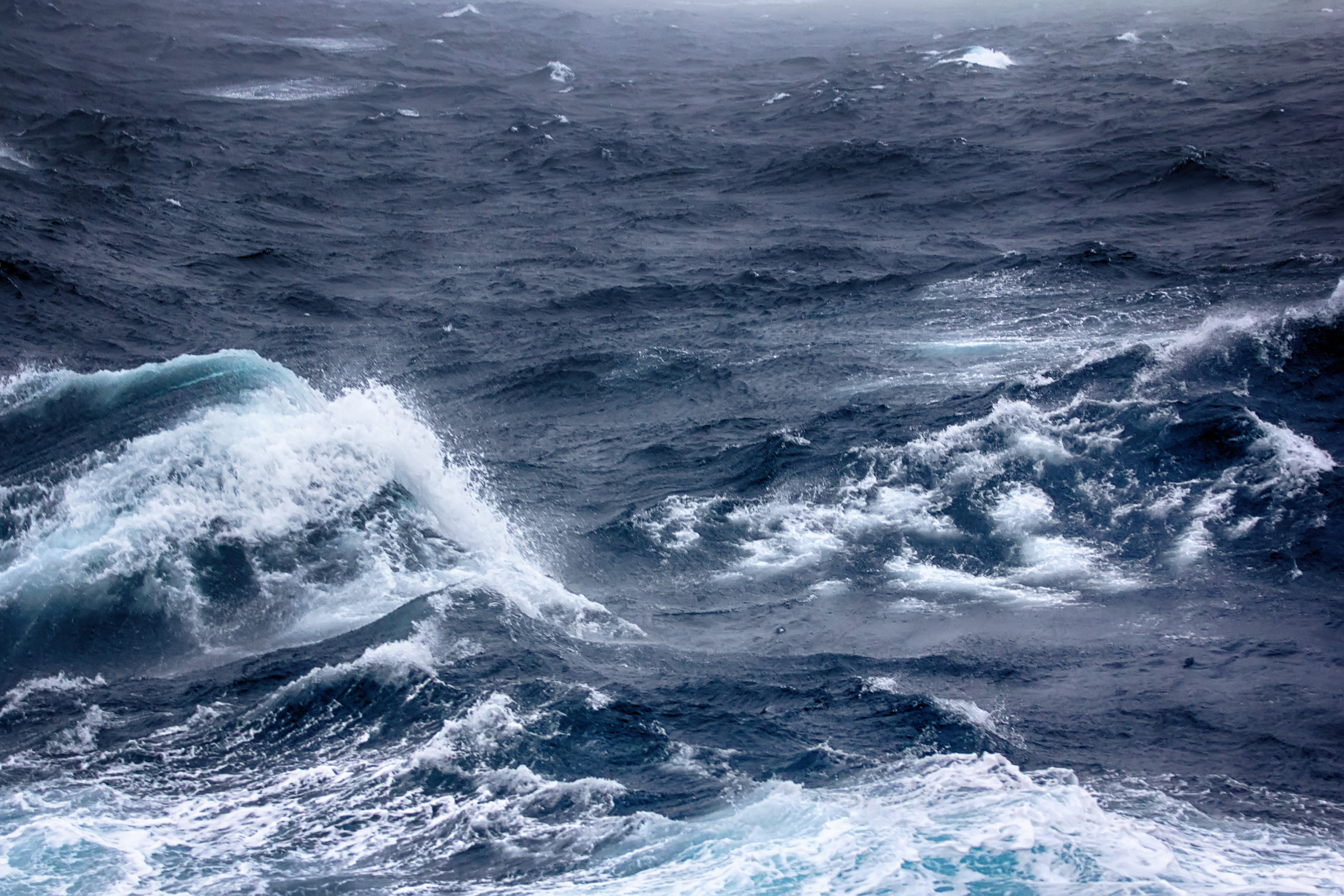 Climate Change in the Arctic

Home / Climate Change in the Arctic

In June 2020, Verhoyansk, a town in Siberia registered a record Arctic temperature of 38C (100F), an extraordinary spike in what had been a prolonged Arctic heatwave that had lasted between January and June. Scientists at the Environmental Change Institute at the University of Oxford, have estimated that climate change has made this period of prolonged heat 600 times as likely to occur.

Over the past thirty years the Arctic has warmed at around twice the rate of the rest of the world. This accelerated rate of warming is known as Arctic amplification. This phenomenon is, in part, caused by the albedo effect.

Cheryl Katz is a California-based freelance science and environmental journalist with a special interest in the Arctic. She has reported…

Dave Walsh is an Irish writer, editor, photographer and communications strategist based near Barcelona. He has worked extensively on environmental…

Irene Quaile-Kersken is a journalist specialising on polar issues, environment and climate. Irene is head of the feature and magazine-programming…

Laureli Ivanoff, Inupiaq and Yupik, is a freelance print and radio journalist in the fishing and hunting community of Unalakleet,…

Jimmy Thomson is a northern-focused journalist. He spent three and a half years living and working in the North, first…

Arctic sea ice cover has always followed an annual cycle, with the greatest cover achieved towards the end of winter in February and the least cover after the summer months in September.

In recent years, there has been a focus placed on the result of the September ice minimum, which is now declining by 12.85% per decade. In September 2005, the Arctic summer ice sheet became detached from the landmasses of Siberia and Alaska for the first time in recorded history.

Multi-year ice is also giving way to younger, thinner ice which melts each summer. In 2013, ice that was at least four years old accounted for only 7% of Arctic sea ice compared to 26% in 1988.

As global warming causes a loss of sea ice, it makes way for a darker ocean which absorbs more heat from the sun than surface ice and snow. The additional heat now absorbed from the sun results in further ice loss.

In more technical terms, the greater the albedo, the more reflective the Arctic is, which means less ice melt and cooler temperatures. The albedo is calculated by measuring the fraction of incoming solar radiation that is reflected back into space directly. The greatest albedo (around 0.9) is probably found when there is fresh snow on sea ice. As the snow melts into a slush, it can also collect black carbon (or soot) which dulls the brightness of the ice and snow and reduces the albedo (to around 0.5). Once the ice has melted completely, the albedo will have dropped from around 0.9 to 0.1.

The albedo loss in the Arctic has an enormous impact on the rest of the planet. A study by the Scripps Institution of Oceanography estimated that the loss of summer sea ice between the 1970s and 2012, had caused a decrease in average global albedo equivalent in its warming power to add a further one quarter to the amount of carbon dioxide added to the atmosphere by humans during the same period.

Ocean current patterns usually transfer colder water from the Arctic into the Atlantic and warm water into the Arctic from the Pacific. The rapid ice melt in the Arctic is releasing freshwater, which has a lower density than seawater, and so floats to the surface.

The surface water is now exposed to more wind, as it is not protected by ice, speeding up the Beaufort Gyre, a wind-driven ocean current in the Arctic Ocean polar region reducing the transfer of cold water into the Atlantic. Cold freshwater then mixes with the warm seawater below, causing temperatures to rise and more ice to melt.

This surface layer used to always be protected by an ice sheet, which would protect it from summer solar radiation. However, this sea ice is now in retreat, leaving swathes of the polar surface water exposed to the summer sun. These ice-free areas are also exposed to winds which mix the warmer surface water with the layers below.

In parts of the Arctic where the continental shelf is only 50-100 meters deep, there is water that is warmer than freezing point reaching the seabed for the first time in thousands of years. This water is now interacting with frozen sediments embedded with methane. The amount of methane stored in ocean deposits is estimated to be more than thirteen times the amount of carbon in the atmosphere. Methane, per molecule, is twenty-three times as powerful as CO2 when measured over a 100-year period.

When these sediments that have been left undisturbed for thousands of years thaw they release a pure methane gas that rises to the surface. In deeper water, these plumes are oxidised, and they disappear before they reach the surface. However, if they occur in ice-free shallow water, they will enter the atmosphere. There are large swathes of the Arctic shelves that are shallow enough to release methane, including the East Siberian Shelf which for 75% of its entire area is shallower than 40 meters.

Areas of the Arctic which contain permafrost have warmed by 2-3 degrees over the past decades. This has thawed a significant amount of the permafrost, exposing rotten vegetation which emits a mixture of methane, carbon dioxide and smaller amounts of nitrous oxide – all greenhouse gases.

On the 29th of May 2020, the issue of permafrost made global headlines when a Nornickel fuel storage tank collapsed after the permafrost it was built on began to thaw. The 17,500 tonnes of diesel oil flooded the local Daldykan River. Globally it is estimated that permafrost holds up to 1,600 gigatons of carbon, twice what is in the atmosphere.

There is another phenomenon emerging as a consequence of a warming Arctic, and that is peat wildfires. Peat is a brown deposit, formed by decomposing vegetable matter in wet, acidic conditions. When peat dries, it becomes a carbon-rich fuel, which can be easily ignited by a single lightning strike. A spark can spread quickly through the layers of peat, spewing out tonnes of carbon into the atmosphere. As the region warms, lightning strikes are becoming more frequent as well as moving further north. These peat fires can remain smouldering beneath the surface layer of peat throughout the winter. These fires, often referred to as zombie fires, can simply reignite the next year when the surface layers dry out again.

Alice Qannik Glenn is an Iñupiaq born and raised in Utqiaġvik, Alaska. She hosts and produces her own podcast show…

Alec Luhn is an American correspondent based in Moscow who has frequently reported from the Arctic, covering oil spills, permafrost…

Gloria Dickie is a Canadian freelance journalist specializing in climate change and Asia’s interest in the Arctic. She has reported…

The impacts of accelerated climate change in the Arctic are impacting local indigenous populations that rely on hunting as a way of survival and as part of their cultural and social identity.

The loss of sea ice in the Arctic has caused the decline of certain species such as polar bears, walrus, seals and various species of fish making a reliable harvest of certain animals difficult.

Melting permafrost has also made it difficult for reindeer and caribou herders to move on wet soggy land. It has also caused ice cellars, where Arctic hunters store walrus meat and bowhead whale blubber to collapse. Infrastructure built into permafrost, such as water lines, telephone poles and house pilings, have been pushed out of the ground in recent years as usually immobile permafrost melts and shifts. Permafrost thaw and coastal erosion have also threatened homes, especially along the Alaskan coast, forcing local housing authorities to build adjustable homes on sleds.

In Northern Canada and Alaska, warming temperatures have caused the disappearance of ice roads disrupting transport systems and further isolating communities from the local economy.

Indigenous culture and knowledge are inextricably linked with their ecosystems. Rapid Climate change directly threatens the identity and diet of many of the indigenous communities in the Arctic.

The effects of climate change in the Arctic have affected a number of species. The loss of sea ice, in particular, has jeopardised the existence of polar bears, walruses, narwhals and Beluga whales.

Polar bears depend on sea ice to travel, hunt and mate. The loss of this sea ice, coupled with an increase of commercial shipping in the Arctic which breaks up the ice, has forced the bears to travel further inland to find food. There have been reports of polar bears approaching human settlements for food. In 2019, The Guardian reported that an emaciated, and an exhausted polar bear was found around the village of Tilichiki on Kamchatka in Eastern Russia 700km away from its normal habitat in Chukotka. A 2020 study found that at the current rate of warming in the Arctic there will only be a few polar bear populations left in 2100. The study also found that long periods of forced fasting will affect their bodily functions. Scientists estimate that by as early as 2040, Arctic polar bears will experience reproductive failure leading to local extinctions.

Walruses use sea ice as a secure surface to leave their young as they hunt for food, and as a resting place where they can recuperate. The sea ice offers a safe location from predators and humans. The loss of sea ice is forcing many walruses onto land.

Reindeer numbers have plummeted in recent years as climate change has wreaked havoc with their migration patterns. Areas such as northern Siberia and Scandinavia are experiencing less snow and more rain during the winter, which means ice is covering plants, making grazing more difficult for reindeer.

The Arctic Fox, with its all-white coat for camouflage in the snow, inhabits the Arctic tundra biome. As the region warms, the tundra is retreating, making way for trees and plants that can grow in warmer climates. This leaves them vulnerable to red foxes, their much larger relatives who compete with them for food and drive them out of their dens.

In parts of the Arctic, permafrost is thawing so quickly that it’s collapsing and carving thermokarst, huge holes in the landscape. This ground is wet and slushy, making it difficult to herd caribou or reindeer and can affect migration routes.